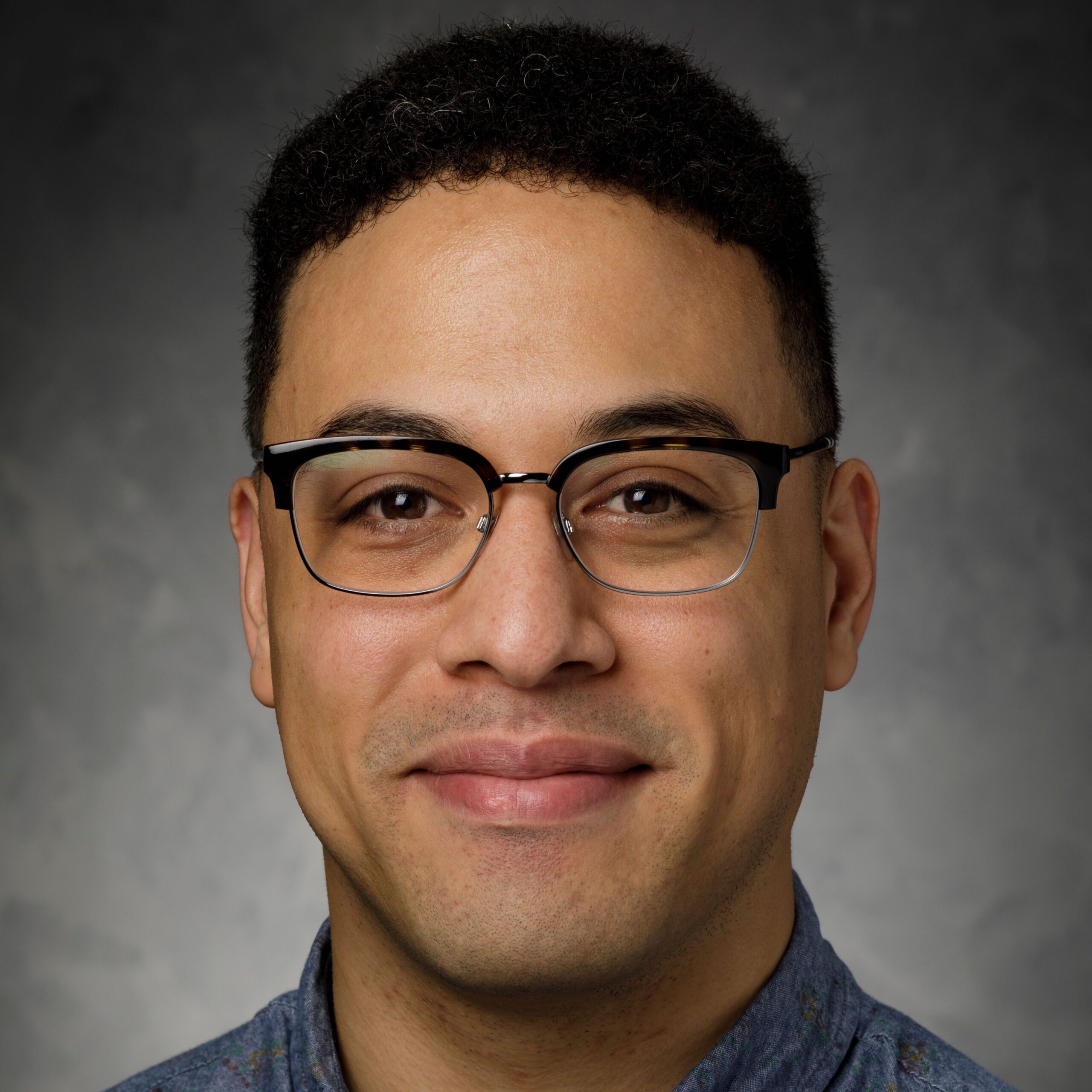 Ricky Blissett ’11 is associate director of the Center for Democracy and Civic Life. They develop and coordinate Center programs and initiatives, including holistic evaluation and strategic communication. They have served as a faculty member in educational leadership and policy at the University of Georgia, Seton Hall University, and Vanderbilt University; the coordinator for the Just Education Policy Institute; section chair for the Policy and Politics division of the American Educational Research Association; and principal investigator for the Democracy and Equity in Education Politics research group. Ricky has conducted and published research exploring citizen, activist, and policymaker ideologies in educational justice, democratic and equitable approaches to evaluation and methodology, and student advocacy and power. They received their Ph.D. in Leadership and Policy Studies at Vanderbilt University, and they are an alumnus of UMBC with a B.S. in Bioinformatics and Computational Biology. During their time as a UMBC student, Ricky was a participant in the first STRiVE leadership for social impact retreat in 2009, coordinator for an education service organization through the Shriver Center, and active member of UMBC’s Student Government Association both as director of academic affairs and executive vice president. Outside of their work at UMBC, Ricky volunteers, manages a dog with a lot of opinions about her management, conducts independent research, and collects as many different varieties of mint plants as they can fit in their house. Ricky can be reached by email at rblissett@umbc.edu or by phone at 410-455-3457. 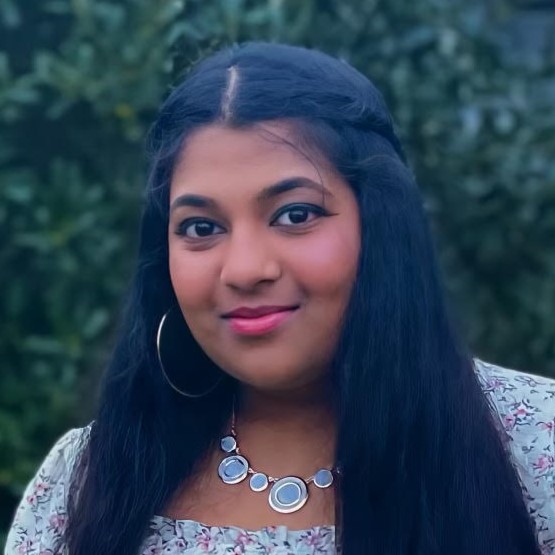 Meghna Chandrasekaran ’25 is a Sondheim Public Affairs Scholar pursuing a B.S. in biological sciences with a minor in political science. She is avidly interested in politics and civic engagement. As a political engagement intern with the Center for Democracy and Civic Life, she wishes to foster a community in which students make meaningful contributions and everyone who is eligible votes. Meghna is a member of the Maryland Youth Advisory Council and the Maryland State director for Project Next Gen, a non-profit organization focusing on student advocacy. Outside of work and school, Meghna likes to visit new places, listen to music, and watch movies with friends and family. Meghna can be reached at meghnac1@umbc.edu. David Hoffman, Ph.D. ’13, is director of the Center for Democracy and Civic Life. He develops and teaches courses about civic communication and culture as a faculty fellow in UMBC’s Honors College, and has created and facilitated dozens of programs in which students develop the knowledge, skills, dispositions, and relationships needed to help their communities thrive. He serves as a member (and past chair) of the Steering Committee for AASCU’s American Democracy Project, and previously served as a member of the National Advisory Board for Imagining America. As a member of the inaugural cohort of American Democracy Project Civic Fellows, he led the development of the Civic Learning and Democratic Engagement Theory of Change, and works with Center for Democracy and Civic Life colleagues and national partners to amplify and implement it. David’s research and publications explore civic agency, civic pedagogy, democratic communication styles and techniques, and culture change within institutions. He is an alum of UCLA, where he served as student body president and University of California student regent. He earned J.D. and M.P.P. degrees at Harvard University, and his Ph.D. in Language, Literacy and Culture at UMBC. When he’s not working, David often can be found setting his fantasy baseball lineups or taking photos; his practice of taking pictures on the UMBC campus once got him labeled as “the #UMBCsky guy.” David can be reached by email at dhoffman@umbc.edu or by phone at 410-455-1565. 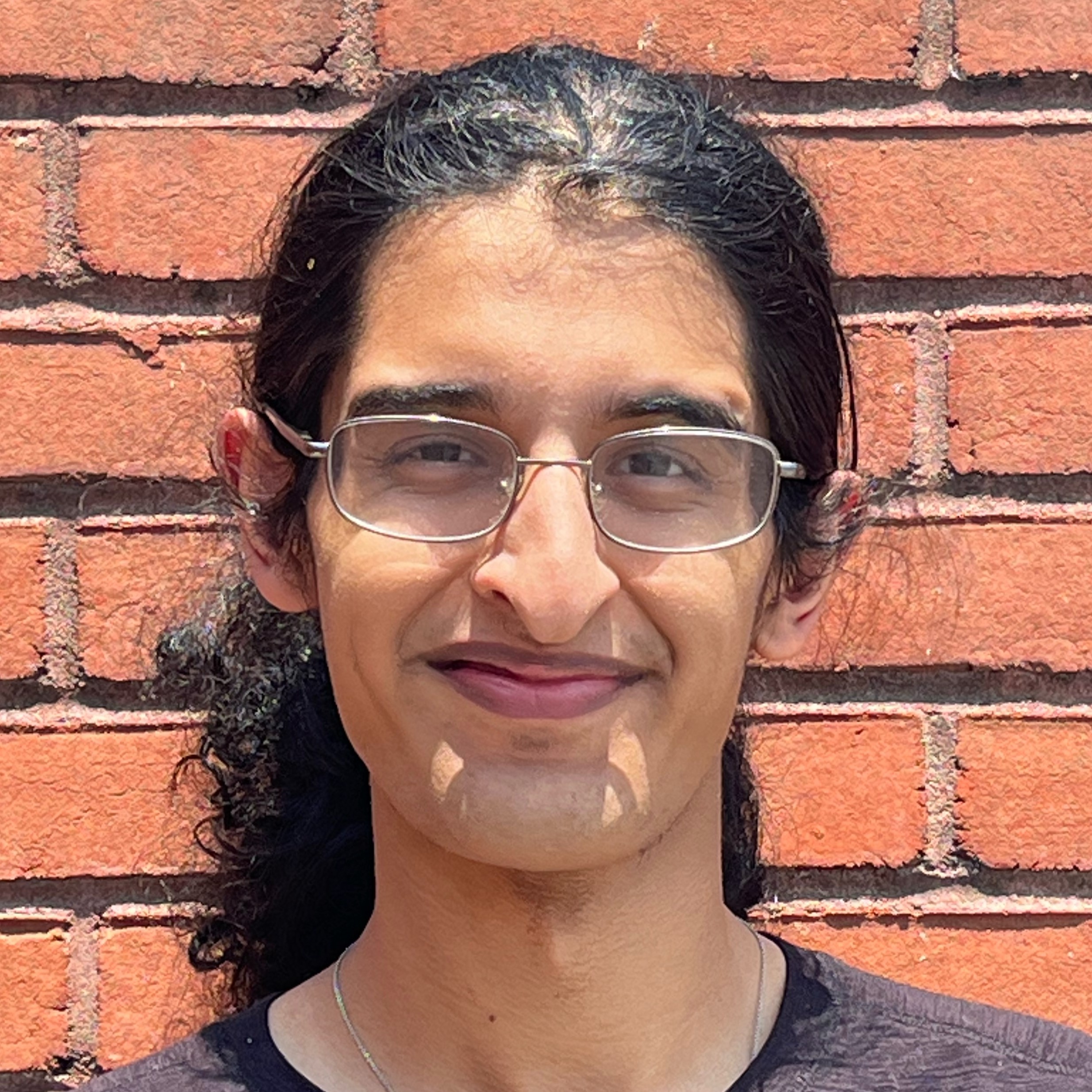 Musa Jafri ’24 is majoring in political science with minors in English and music. He has been involved in diversity, equity and inclusion work at UMBC with a focus on educational policy and pedagogical practices. As a political engagement intern with the Center for Democracy and Civic Life, he hopes to continue the Center’s work of building community through storytelling and dialogue. Musa also is an Alternative Spring Break (ASB) 2023 leader with the Center. In addition, he serves as president of the Political Science Council of Majors and co-chair of the University System of Maryland’s Student Civic Leaders Committee. Previously, Musa was the UMBC Student Government Association’s director of civic engagement. In his free time, Musa likes playing Dungeons and Dragons, composing music, and playing his bassoon. Musa can be reached at mjafri1@umbc.edu. 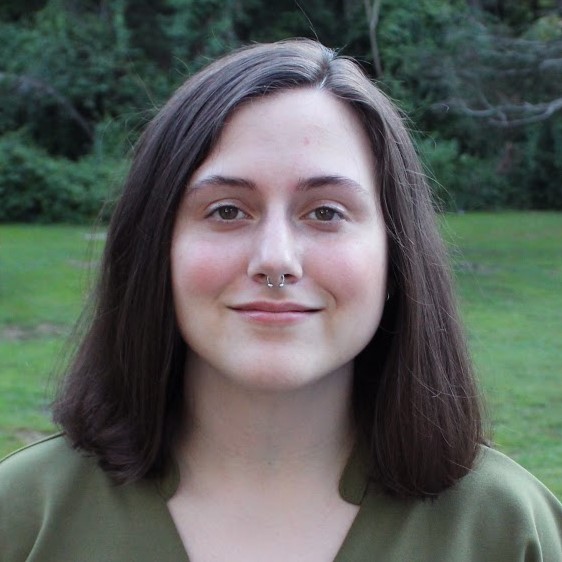 Katelyn Morgan ’23 is majoring in graphic design with a minor in print media. As the graphic design intern with the Center for Democracy and Civic Life, Katelyn works to engage the community by communicating the Center’s programs and philosophy through clear and fun design. She hopes to uplift all aspects of the Center and grow the UMBC community into an even more welcoming place. Katelyn also works with the Office of Undergraduate Admissions as a Visual and Performing Arts Grit Guide. When not working or studying, she enjoys playing the banjo and watching films. Katelyn can be reached at kmorgan2@umbc.edu. 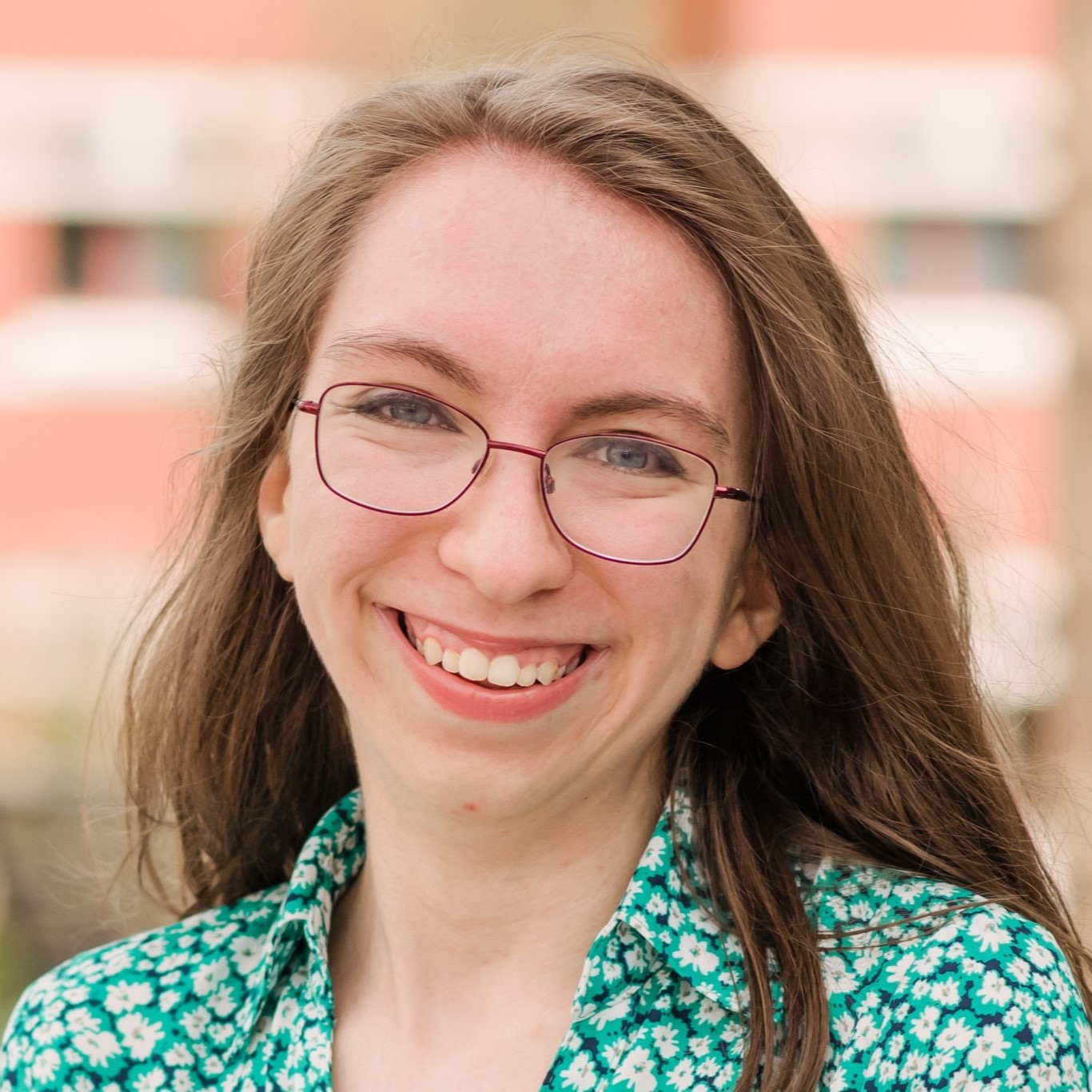 Tess McRae ’22 is coordinator for civic design with the Center for Democracy and Civic Life and a faculty fellow in UMBC’s Honors College. She co-creates and supports the Center’s programs, initiatives, and communications with an emphasis on using creative expression as a vehicle for civic learning and democratic engagement. She also contributes insights to the Center’s overall direction and strategy grounded in aesthetics and design principles. She is UMBC’s campus liaison to the American Democracy Project (ADP). During her time as an undergraduate student, Tess represented UMBC on the University System of Maryland (USM)’s Student Civic Leaders Committee, including as its co-chair; served as a coach and site coordinator for the STRiVE leadership for social impact retreat; and participated in both STRiVE and Alternative Spring Break (ASB). She also served as the director of communications for UMBC’s Student Government Association (SGA). Tess is a UMBC alumna with a self-designed B.A. in Civic Renewal and Creative Expression through the Individualized Study program. She is a poet, visual artist, and musician who loves to sing and play piano. Tess can be reached by email at tessmcrae@umbc.edu or by phone at 410-455-1808. 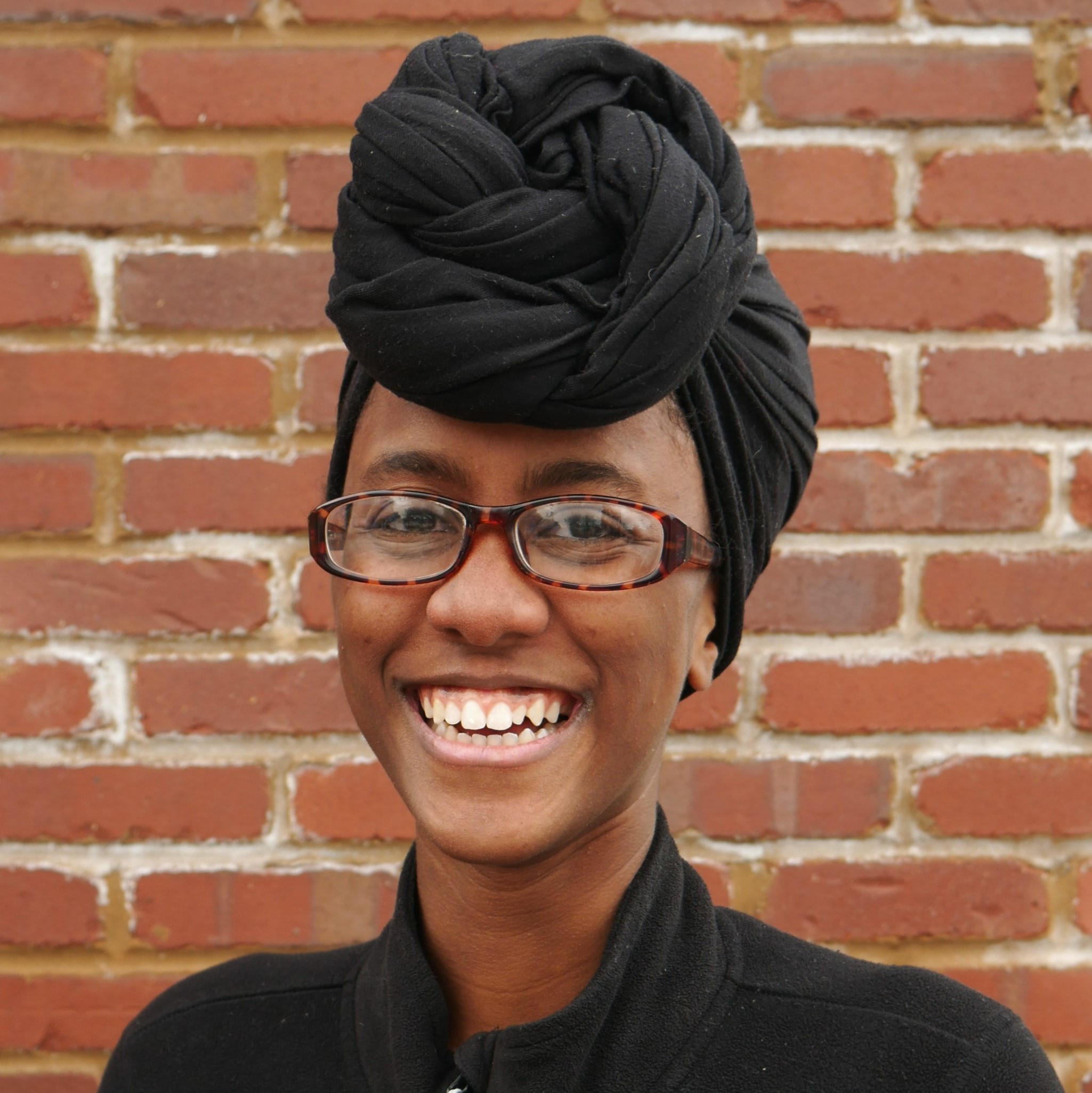 Markya Reed ‘18, M.A. ‘23, applied sociology, is a graduate assistant with the Center for Democracy and Civic Life. She supports the Center’s immersive experiences, workshops, and programs. Markya hopes to foster opportunities for cross-sector collaboration and create environments which allow all members of the UMBC community to come together and create positive change both on and off campus. She also serves as a Peacework Fellow through the Shriver Center. As an undergraduate student, Markya participated in and facilitated Alternative Spring Break (ASB) programs related to disability rights, food security, and homelessness in Baltimore City from 2014 to 2017; participated in the STRiVE leadership for social impact retreat in Summer 2014; and served as a STRiVE coach from 2015 to 2018. She also served as a senator and executive vice president of UMBC’s Student Government Association. She graduated from UMBC with a B.A. in Psychology. Over the past few years, Markya has worked with immigrant youth in Baltimore City through various nonprofits and has served as a youth development promoter with Peace Corps, Costa Rica. During her service, she discovered a passion for writing and spends her free time writing screenplays for small film festivals. Markya can be reached by email at markya1@umbc.edu or by phone at 410-455-1815.

Adam Watkins is an administrative assistant with the Center for Democracy and Civic Life. He is an alum of Towson University, where he majored in History and Secondary Education. Previously he worked in non-profit licensed before and after-school care for students in grades K-6. Adam also works as an administrative assistant with UMBC’s i3b (Initiatives for Identity, Inclusion & Belonging). In his free time, Adam enjoys cooking, tabletop roleplaying games, and Lego. He can be reached by email at adamw4@umbc.edu.